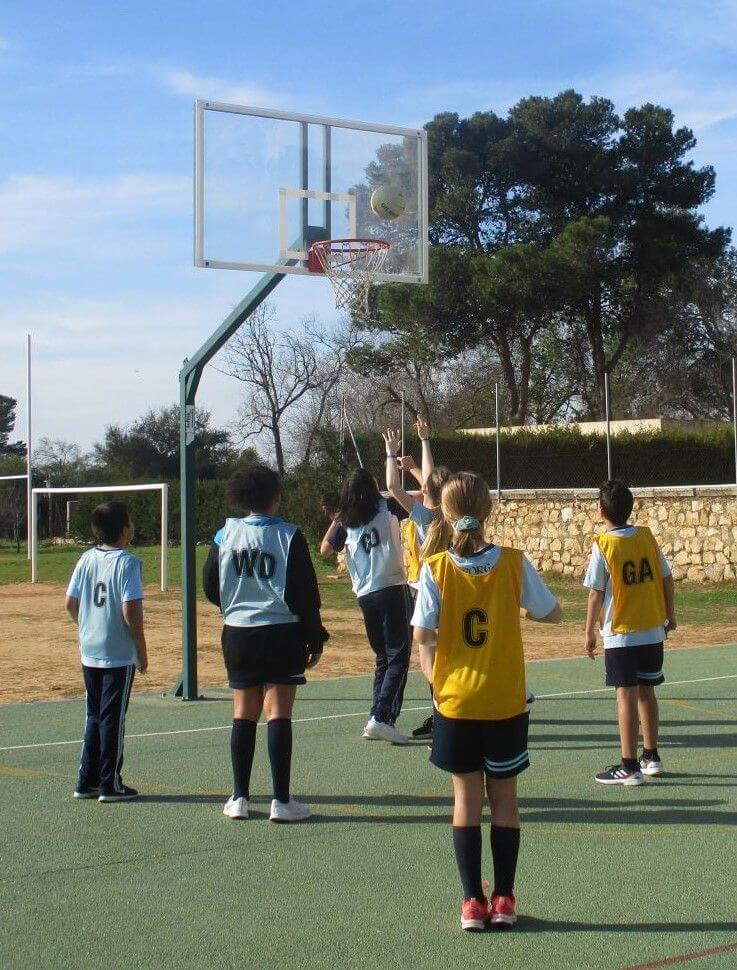 Every Wednesday from 14.50 to 16.20 primary and secondary students can participate in the Netball Club led by Miss Russell.

Netball is a ball sport played by two teams of seven players. Netball is most popular in many Commonwealth nations, specifically in schools, and is predominantly played by women.

Games are played on a rectangular court with raised goal rings at each end. Each team attempts to score goals by passing a ball down the court and shooting it through its goal ring. Players are assigned specific positions, which define their roles within the team and restrict their movement to certain areas of the court. During general play, a player with the ball can hold on to it for only three seconds before shooting for a goal or passing to another player. The winning team is the one that scores the most goals.